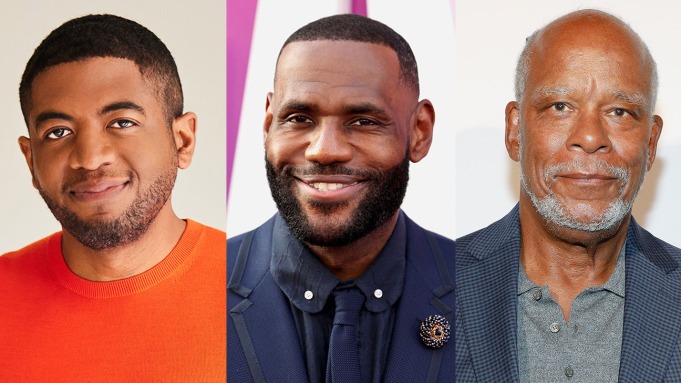 From
THE HOLLYWOOD REPORTER
February 25, 2022

The History Channel has ordered a new documentary from producer Stanley Nelson and Major League Baseball, focusing on the Black baseball players who followed Jackie Robinson after the legendary Dodger broke the sport’s color barrier.

The two-hour doc, After Jackie, comes from LeBron James and Maverick Carter’s content studio Uninterrupted, and counts James and Carter as executive producers, alongside Emmy-winner and Oscar nominee Nelson (whose Firelight Films is also producing the project) and director Andre Gaines. MLB and the Jackie Robinson Foundation are also participating in the project.

After Jackie follows the teams, players and stories that came after Robinson broke baseball’s color barrier, and includes interviews with current and former players, as well as expansive archival footage from MLB’s library. CC Sabathia and Mookie Betts are among the players confirmed to appear, with Bob Gibson and Curt Flood among the players to be featured in the doc.

“As a lifelong fan of baseball, I’m thrilled to be presenting this in-depth documentary on some of the lesser-known legends who followed in Jackie Robinson’s footsteps to push past racial barriers in order to make Major League Baseball more inclusive,” said Nelson in a statement. “I’m excited to work with Andre Gaines on this project and am grateful to The History Channel, Uninterrupted, Major League Baseball, and The Jackie Robinson Foundation for making this film possible.”

James and Nelson had previously partnered on another documentary for History Channel bout the civil rights movement called Rise Up, which aired in 2018.

Read at The Hollywood Reporter.