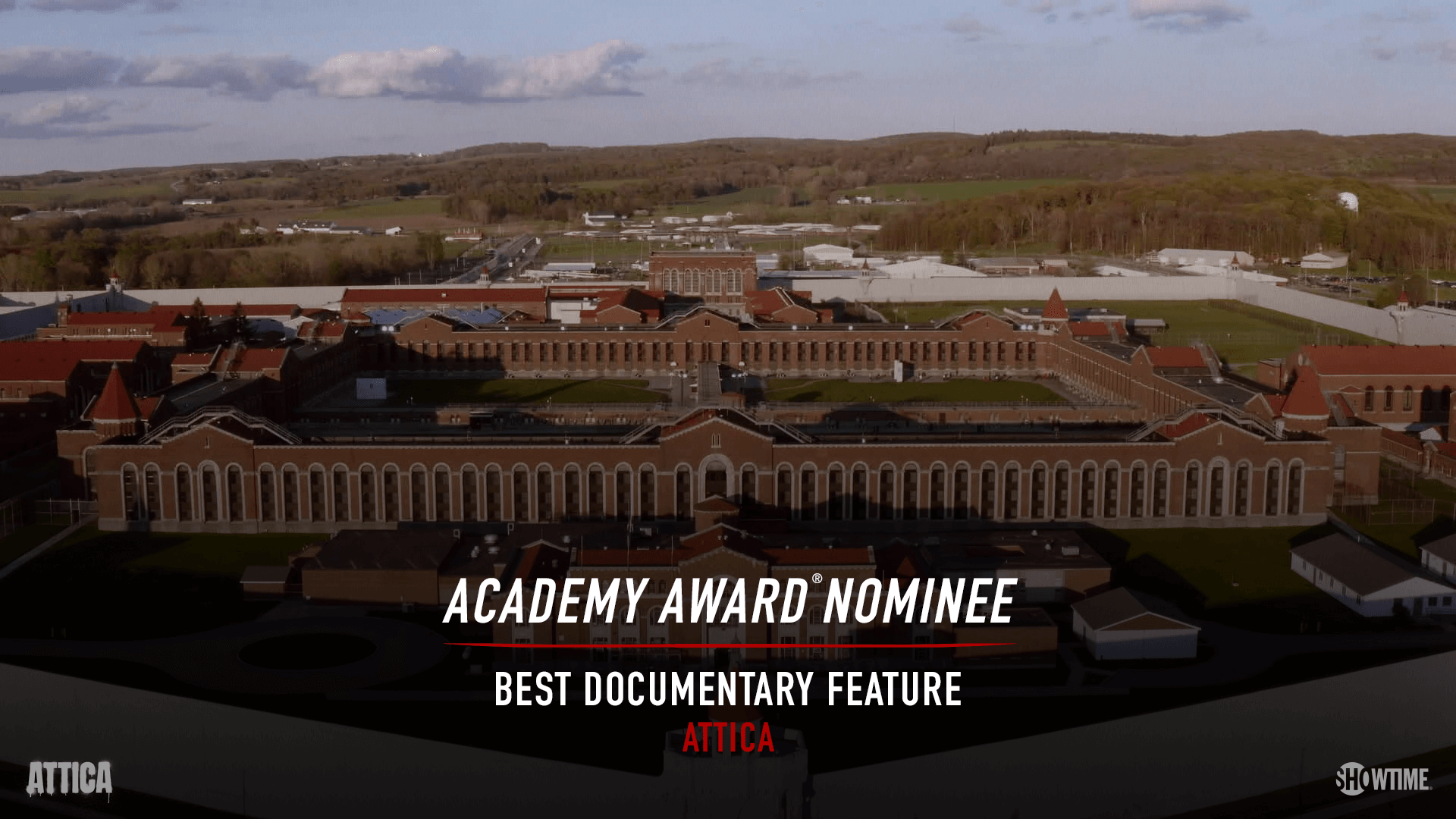 SHOWTIME Documentary Films has received the first Oscar nomination in its history, with the feature-length documentary ATTICA from Emmy® winning filmmaker Stanley Nelson (FREEDOM RIDERS, THE MURDER OF EMMETT TILL) and co-director Traci A. Curry in final contention for Best Documentary Feature at the March 27 ceremony. ATTICA recounts in vivid detail the five-day 1971 prison rebellion at the Attica Correctional Facility in upstate New York, which took the lives of 29 inmates and 10 hostages – the deadliest single day of violence Americans inflicted on each other since theCivil War. ATTICA can be seen for free for viewing through the end ofFebruary’s Black History Month on Sho.com and YouTube, as well as across multiple streaming and on-demand platforms.

In addition to the Oscar nomination, ATTICA previously received nominations from the Directors Guild of America, Critics ChoiceAssociation and NAACP, and was chosen for the National Board of Review’s TopFive Documentaries of 2021. Through original interviews with former inmates, family members of the hostages and other witnesses, ATTICA brings us back to a moment in history that resonated for decades, utilizing hundreds of hours of footage and never-before-seen archival tapes from inside the prison. The film captures the personalities, politics, emotions and tragedy that stands as awake-up call — then and now — about the need for prison reform and the responsibilities of justice.

“Thank you to the Academy and congratulations to my fellow nominees for Best Documentary Feature. I am so thrilled that ATTICA, a film I’ve been wanting to make for decades, has received this level of recognition and I am very thankful to the wonderful team at SHOWTIME for believing in the power of this story," said Nelson. "It’s an immense honor to be nominated along with my fantastic collaborator Traci A. Curry. Together we strived to create a balanced and accurate account of this tragic moment in history. The story of the Attica uprising continues to resonate 50 years later in discussions around impactful prison and criminal justice reform. We are so grateful that the people who lived through these events were willing to open up to us in the way that they did and I hope we have done justice to their stories.”

A first-time Oscar nominee, Nelson is a three-timePrimetime Emmy winner: two for his work in FREEDOM RIDERS (Exceptional Merit inNonfiction Filmmaking and Outstanding Writing for Nonfiction Programming), as well as a Best Directing nod for American Experience: THE MURDER OF EMMETT TILL.Nelson has also won two News and Documentary Emmy Awards and a Peabody Award.In 2016, both the News and Documentary Emmys and the International DocumentaryAssociation honored Nelson with their Career Achievement Awards. Throughout his long filmmaking career, Nelson has shed new light on both familiar and under-explored aspects of the American past, combining compelling narratives with rich and deeply researched historical detail.

“We couldn’t be more thrilled for Stanley to get his long overdue first Academy Awards nomination,” said Vinnie Malhotra, Executive VicePresident, Nonfiction Programming, Showtime Networks Inc. "This incredible honor for him is an appropriate addition to an already wonderful legacy he’s left on the world of documentary. That it coincides with the first Oscar nomination for SHOWTIME Documentary Films is only further cause for celebration."