Back to Films
Showtime
2021
116
Min
DIRECTED BY
STANLEY NELSON & TRACI A. CURRY 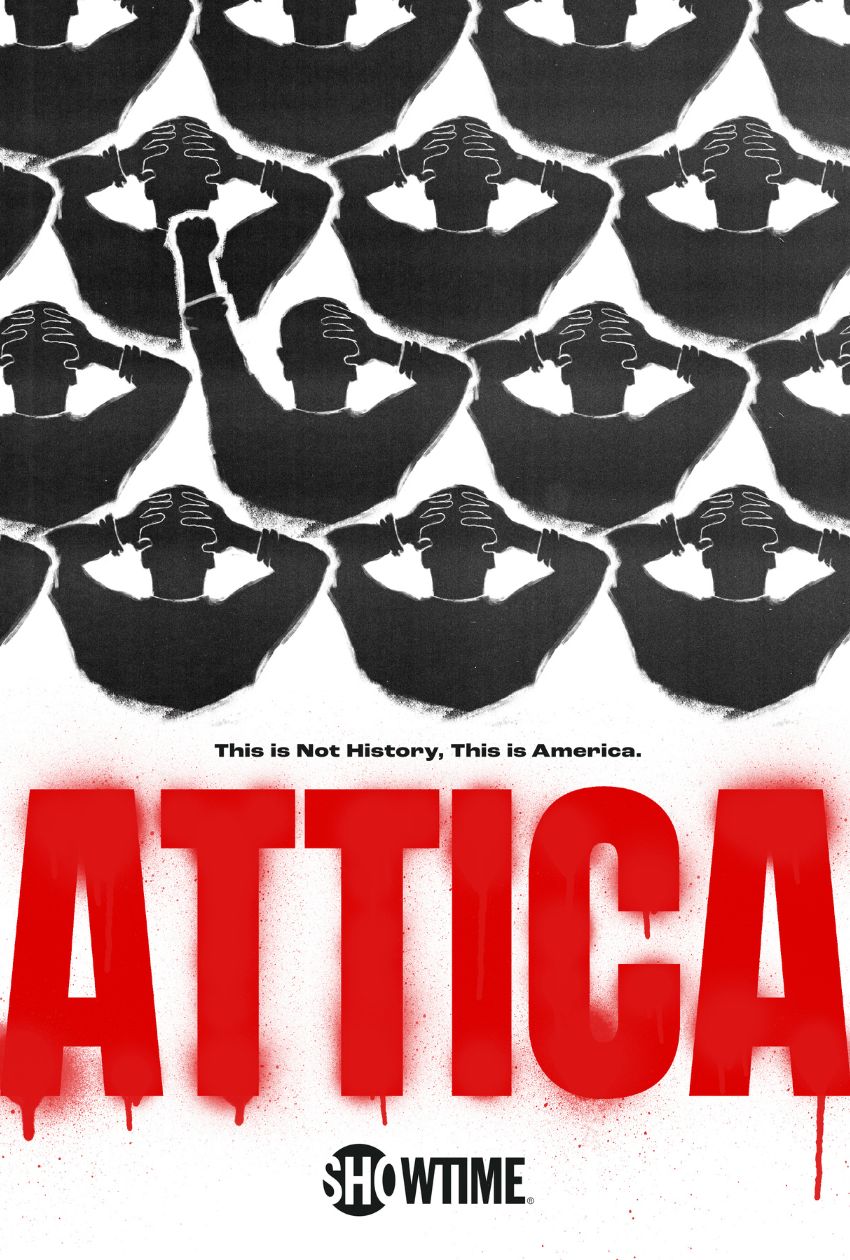 In the fall of 1971, tensions between inmates and guards at the Attica Correctional Facility are at an all-time high due to worsening prison conditions. On the morning of September 9, it all comes to a head when inmates erupt into one of the largest, deadliest prison riots ever witnessed.

On Sept. 9, 1971, over 1,200 inmates at the Attica correctional facility in Attica, NY, seized the yard at the maximum-security prison, took more than three dozen guards and civilian employees hostage, and demanded more humane treatment and better conditions. For five days, the world watched as TV news cameras covered the story from both outside and inside the prison, as journalists and a team of negotiators converged at the scene.  But when law enforcement was ordered by New York Governor Nelson Rockefeller to retake Attica, the resulting massacre by state police left 29 inmates and 10 hostages dead. Before the smoke from the tear gas cleared, police tortured inmates behind the walls. No charges were ever brought against authorities for the killings of inmates and guards. It was the largest prison rebellion in U.S. history.

Now, on the 50th anniversary of the Attica uprising, Emmy-winning director Stanley Nelson and producer and co-director Traci A. Curry will examine one of the most shocking incidents in the nation’s history in the extraordinary, in-depth documentary Attica. Through original interviews with former inmates, family members of the hostages, and those who witnessed it first-hand, Nelson (Miles Davis: Birth of the Cool, The Black Panthers: Vanguard of the Revolution, Freedom Riders,Jonestown: The Life and Death of Peoples Temple) and Curry (producer of Nelson’s Boss: The Black Experience in Business and ESPN 30 for 30:Vick and a longtime MSNBC producer) bring us back to a moment that resonated for decades, utilizing hundreds of hours of footage and never-before-seen archival tapes from inside the prison. ATTICA captures the personalities, politics, emotions, and tragedy that stands as a wake-up call —then and now — about the need for prison reform and the responsibilities of justice.

Nominated for Best Documentary Feature for the 94th Academy Awards®

Nominated for an NAACP Image Award for Best Documentary (Film)

“[Attica] is absolutely gut-wrenching, one of the most distressing and visceral documentaries ever made — and it’s an absolute must-watch.” – YAHOO ENTERTAINMENT

“More than a work of genuine insight, the film is a call to action for much-needed prison reform.” – CHICAGO TRIBUNE

“‘Attica’ is a jarring, engrossing and enraging reminder of how those in power will lie, humiliate, kill and cover up to retain it, and the documentary is one of the year’s best.” – LA TIMES

“‘Attica,’ Stanley Nelson’s stirring, scalding documentary about the 1971 Attica prison uprising, is an essential film that can now stand as a definitive vision of that epochal event.” – VARIETY

"Stanley [Nelson] and Curry’s Attica is a harrowing piece of filmmaking, and a fitting, powerful remembrance of those who fought for their humanity." – INDIEWIRE

"Examining the notorious prison uprising 50 years ago, Attica does more than chronicle the events surrounding the events of September 1971: It also sets the record straight." – THE WRAP

“Stanley Nelson has made a vital contribution to the movement with this doc.” – POV MAGAZINE

“One of the most important roles a documentarian can play is to make sure that people tied to historical events, especially underreported events, are given an opportunity to share their memories while they still can. [...] On this count, Nelson’s newest film, Showtime’s Attica, may be his most important yet.” – HOLLYWOOD REPORTER