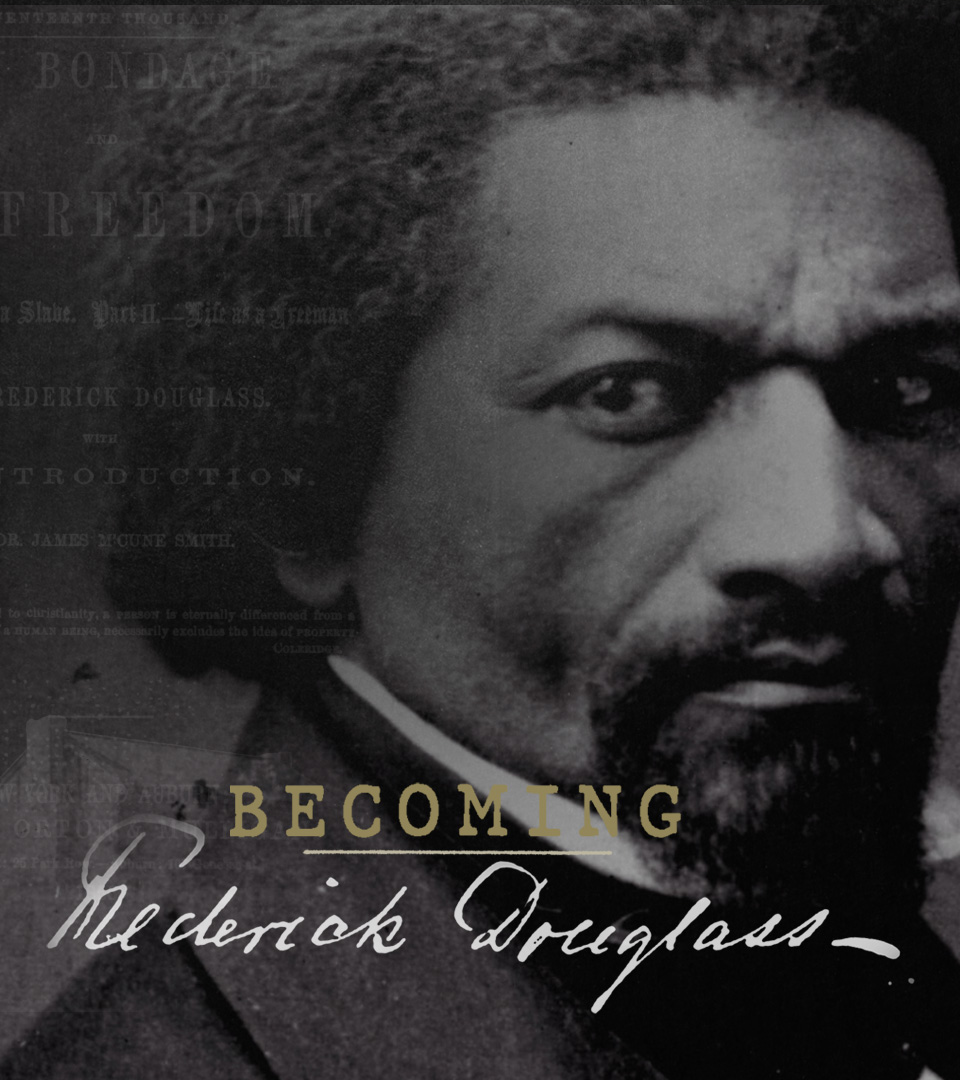 Using Frederick Douglass’ own words, this documentary film tells the story of how a man born and raised in slavery became one of the most prominent elder statesmen and powerful voices for freedom in America.

Becoming Frederick Douglass is the inspiring story of how a man born into slavery became one of the most prominent statesmen and influential voices for democracy in American history. Born in 1818 in Maryland, he escaped from slavery in 1838 and went on to become the most well-known leader of the abolitionist movement. A gifted writer and powerful, charismatic orator, it is estimated that more Americans heard Douglass speak than any other 19th-century figure — Black or white. The documentary explores how Douglass controlled his own image and narrative, embracing photography as a tool for social justice, and the role he played in securing the right to freedom and complete equality for African Americans. Executive produced by Academy Award-nominated Stanley Nelson together with Lynne Robinson, the film features the voice of acclaimed actor Wendell Pierce as Douglass.

Learn more about the making of Becoming Frederick Douglass in the video below.

EXECUTIVES IN CHARGE OF PRODUCTION

BECOMING FREDERICK DOUGLASS IS A CO-PRODUCTION OF FIRELIGHT FILMS AND MARYLAND PUBLIC TELEVISION WITH AN APPROPRIATION FROM THE STATE OF MARYLAND. THIS PROGRAM IS ALSO MADE POSSIBLE BY BOWIE STATE UNIVERSITY, DIRECTV AND PFIZER, INC. BOWIE STATE IS THE OLDEST HISTORICALLY BLACK COLLEGE AND UNIVERSITY (HBCU) IN MARYLAND AND THE FIRST HBCU TO BECOME A PREMIER SPONSOR OF A NATIONAL PBS FILM.