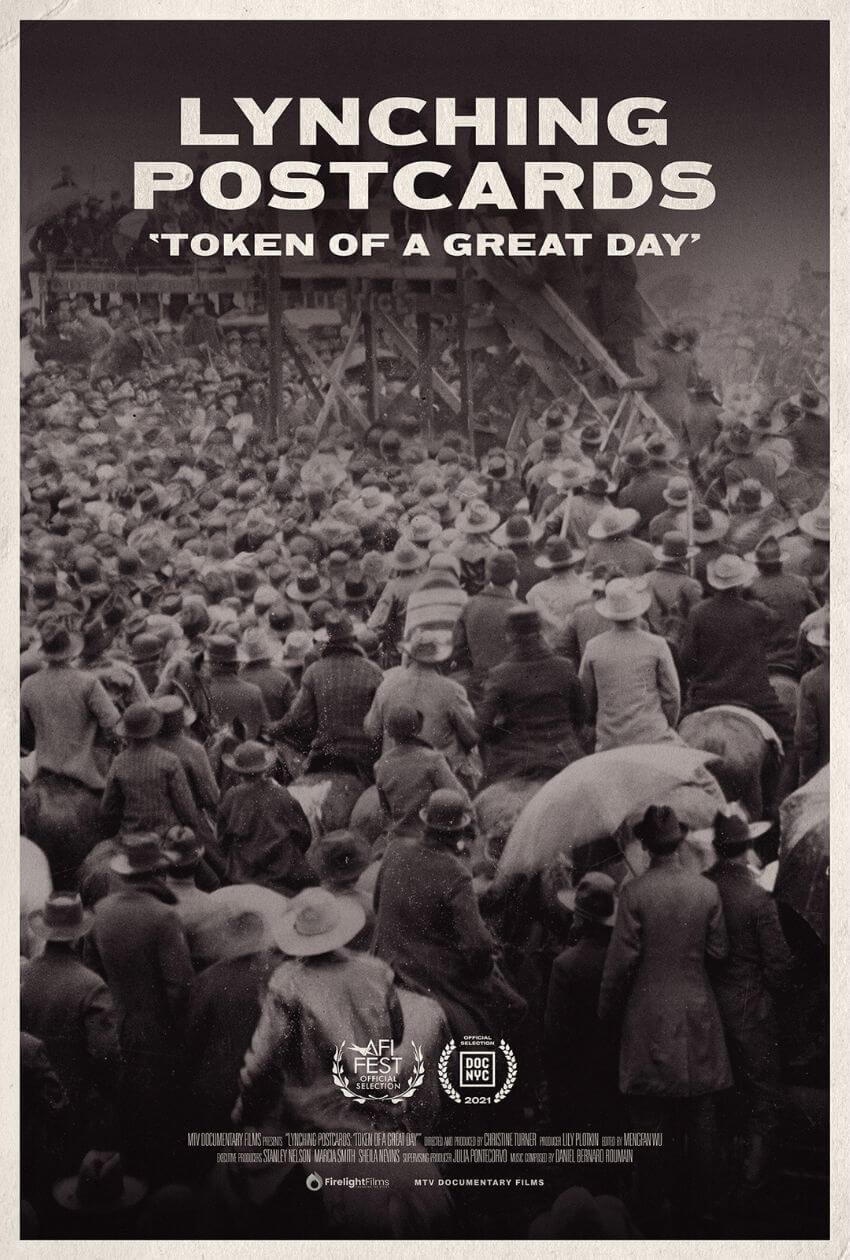 A look at the history of lynchings in America as commemorated through souvenir postcards.

From 1880 to 1968, over 4,000 African Americans were lynched at the hands of white mobs. Staged as public celebrations akin to picnics or carnivals, these lynchings were commemorated through the printing and distribution of photos and postcards that would ultimately be subverted by Black activists to expose racist violence in the U.S. to the nation’s leaders and to the rest of the world.

Lynching Postcards: "Token of a Great Day" is a documentary short film directed by Christine Turner and is a production of Firelight Films in association with MTV Documentary Films.

Christine Turner is a filmmaker in New York whose work has been called “Exquisitely tender” and “Thoughtful and enlightening” by The Washington Post. An alum of Firelight Media's Documentary Lab, her films include BETYE SAAR: TAKING CARE OF BUSINESS, about the 93 year-old artist whose work explodes stereotypes of Black femininity, and HOMEGOINGS, about a renowned funeral director in Harlem and the community he serves. In addition, Christine’s short fiction work has screened at festivals worldwide including Sundance. Her latest documentary, LYNCHING POSTCARDS: TOKEN OF A GREAT DAY will begin streaming on Paramount+ on November 22, 2021. To learn more, visit christineturner.com.