Tell Them We Are Rising: The Story of Black Colleges and Universities 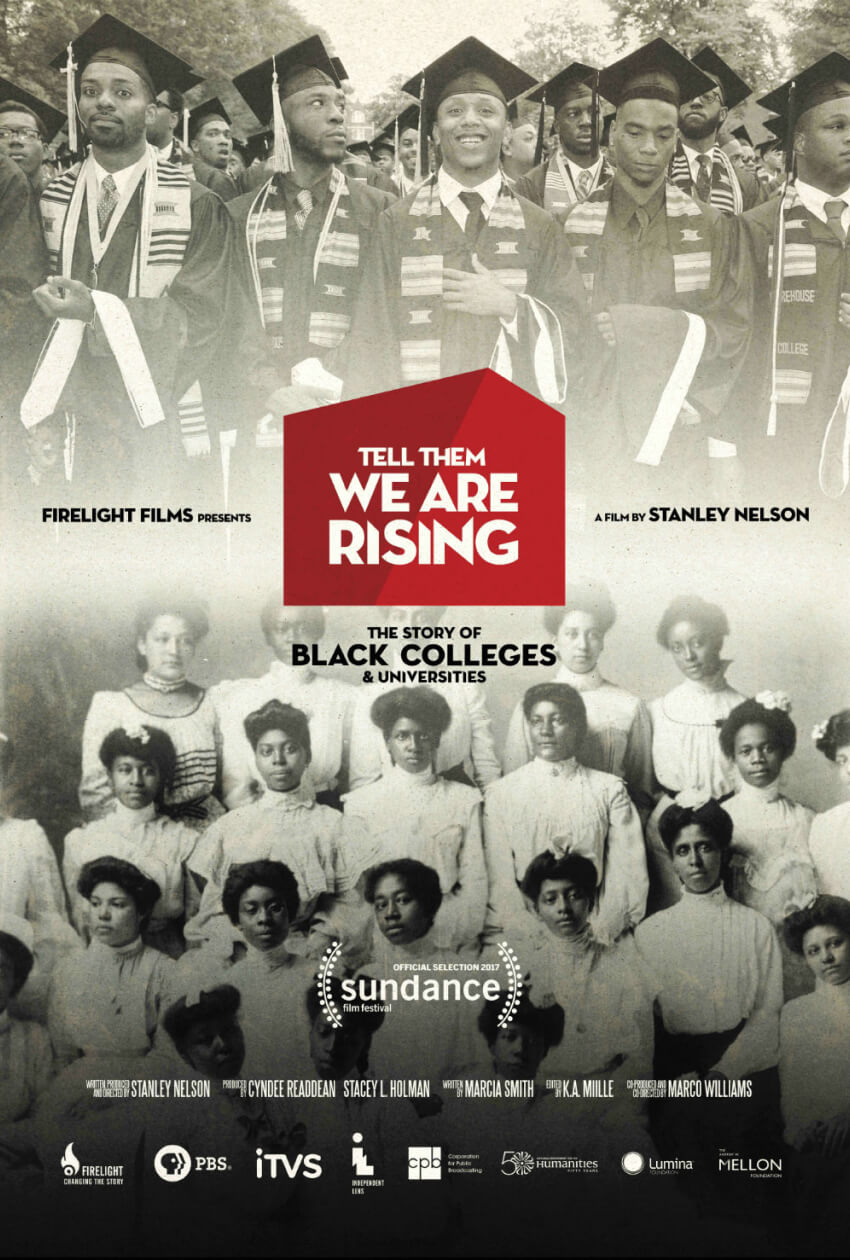 The story of Historically Black Colleges and Universities (HBCUs) began before the Civil War and influenced the course of our nation yet remains one of America’s most important untold stories. Until now.

The rich history of America’s Historically Black Colleges and Universities (HBCUs) began before the end of slavery, flourished in the 20th century, and profoundly influenced the course of the nation for over 150 years — yet remains largely unknown.

A haven for Black intellectuals, artists, and revolutionaries — and a path of promise toward the American dream — HBCUs have educated the architects of freedom movements and cultivated leaders in every field while remaining unapologetically Black for more than 150 years. These institutions have nurtured some of the most influential Americans of our time, from Booker T. Washington to Martin Luther King, Jr., W.E.B. Du Bois to Ralph Ellison, Toni Morrison to Oprah Winfrey, Alice Walker to Spike Lee to Common.  A key driver of Black social, political and economic progress, HBCUs were also a place of unprecedented freedom for African American students and a refuge from the rampant racism that raged outside the campus walls. Tell Them We Are Rising captures this important history to tell the dynamic story of Americans who refused to be denied a higher education and — in their resistance — created a set of institutions that would influence and shape the landscape of the country for centuries to come.